OST to the dawning of my consciousness.

Gardening is considered to be a relaxing activity for many people.

Same article, but this time on the section relating to Gardens as Art

Garden design is considered to be an art in most cultures, distinguished from gardening, which generally means garden maintenance. Garden design can include different themes such as perennial, butterfly, wildlife, Japanese, water, tropical, or shade gardens. In Japan, Samurai and Zen monks were often required to build decorative gardens or practice related skills like flower arrangement known as ikebana.

Implying that Gardening is also “good for the soul”.

A garden requires patient labor and attention. Plants do not grow merely to satisfy ambitions or to fulfill good intentions. They thrive because someone expended effort on them.

Reading from chapter 1 of the Kagyu school's introductory text to Buddhism:

'I' wants the world to know 'me' but it is all parroting, the machine is being operated from behind, because there is no alertness, no sense of being present or really alive. Our life is governed, dictated by our habits of confusion, obscuration, and distraction.

In order to change this situation, Buddhism introduces the skillful means of meditation practice. We must begin to learn to sit with ourselves and feel more comfortable with who we are. Meditation practice does not mean that we have something to meditate upon, or that something new or totally different is going to happen in our lives. Meditation simply means cultivating a wholesome and sane habit, which becomes an antidote for the unwholesome, confused, destructive habits that we have developed. Meditation practice enables us to experience our own thinking and knowing. Meditation is mindfulness, and in order to experience this we must repeatedly apply the methods, because any habit, wholesome or unwholesome, is developed by repetition.

I wish I could carry this around with me.

I saw this today from mybroadband’s newsletter

Of interest is this graph

Graphical Summary of the information

33% each of Ethiopia, Rwanda & Kenya beans from Bean There 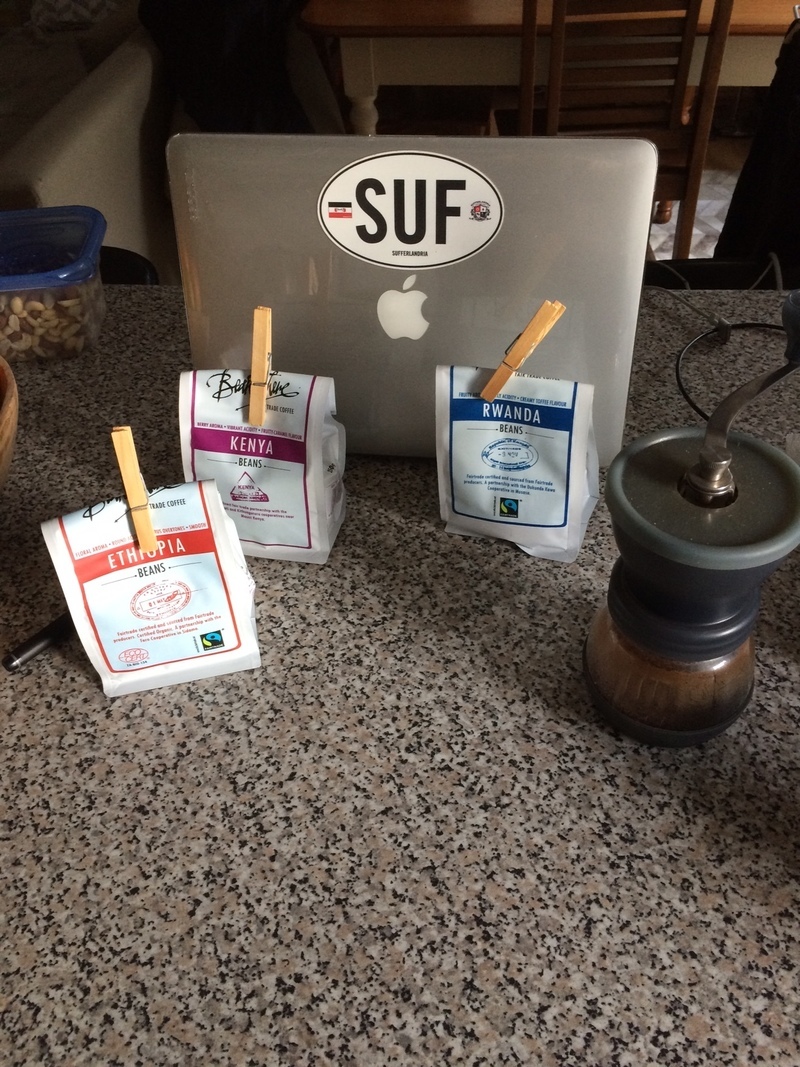 While dabbling in Eastern Spirituality I've encountered this idea of "Transcendental Truth". That is; Truth which is imparted using a particular form (eg speech, sound, words etc) but is not bound by that form. The form literally describes the outline of the Truth that is being communicated but is not itself the thing being described. Once grasped, the form can then be left behind.

I (imperfectly) recall a Sutra in which one of the Buddha's disciples asked him a question about form. In the answer the Buddha likens his teaching to a canoe and the disciple needing the canoe in order to cross a river. Once the river is crossed, the canoe can be safely left behind. No need to carry a canoe into the desert where it will only be a hindrance.

Anyway - All of this only to say that the Transcendental Truth is described by the form you encounter it in, without being contained by it.

The highlight for me, in terminal on Mac and Linux: